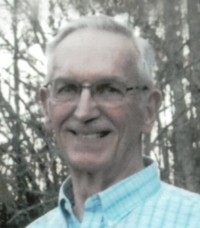 Carl proudly served in the US Marine Corps during the Korean conflict. He retired as a crane operator in 1992 after 40 years of service with Allegheny Ludlum in Leechburg. He was a member of the U.S.W.A. Local 1138 and the Pensioners of Allegheny Ludlum. He was a member of St. Mary, Our Lady of Guadalupe, in Kittanning, the Polish Falcons in Ford City, American Legion #122 in Kittanning and the Butler Co. Treasure Hunters Club. Carl was a charter member of the Kittanning Twp. Fire Dept. where he held various offices and was actively involved in their Bingo fundraisers. He was a member of the W. PA Fireman's Association and the Armstrong Co. Fireman's Association. Carl was a Civil War buff, an avid hunter, enjoyed metal detecting, woodworking, and golf.

Carl was preceded in death by his parents, his loving wife, Edna Mae (Heilman) Butz, who he married on March 19, 1966 and who passed away on Feb. 20, 1999; sons, Ronald Butz and Jeffry Butz; brothers, Clair Butz, Eugene Butz and Frank Butz; and sisters, Norma Shirley Butz and Patricia Stanek.

Interment will be at Saint Mary's Roman Catholic Cemetery in Ford City, PA where military honors will be presented by the American Legion Honor Guard.