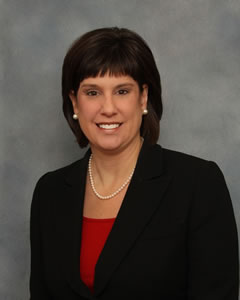 As the daughter of Jack and Sue Bauer, Jennifer Bauer Eroh represents the third generation to continue the Bauer Family tradition of funeral service. She is a licensed funeral director who graduated from the Pittsburgh Institute of Mortuary Science in 1998 with a diploma in Funeral Service and became the owner of the business in 2016. Jennifer is also a graduate of Kittanning High School and a 1997 graduate of Westminster College, from which she holds a degree in Public Relations.

Jennifer is an active member of the Selected Independent Funeral Directors organization and is a former Trustee for the Selected Educational Trust. She also holds memberships with the National Funeral Directors Association and the Pennsylvania Funeral Directors Association. Jennifer previously served on the boards for both the Allegheny River Development Corporation and the Worthington Evangelical Lutheran Church Preschool, and is also a member of Grace Presbyterian Church. Jennifer and her husband, Jason, reside on their family farm in Worthington with their two daughters, black lab, Medix, chocolate lab, Brooks, horses and cows. 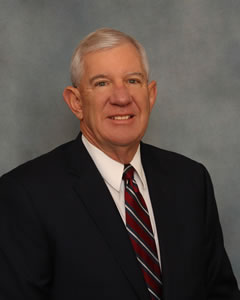 John W. "Jack" Bauer, the past owner of Bauer Family Funeral Homes, has been in funeral service for over 47 years. He established the Bauer Family generational tradition when he joined his father, Amby, in the family business in 1970 and was proud to pass the baton to his daughter, Jennifer, in 2016. While Jack still works the occasional funeral service, it is more likely that he will be found at the golf course, on his sailboat or enjoying his morning coffee at Dizzy Lizzie’s. A lifelong resident of Kittanning, Jack graduated from Kittanning Senior High School. He earned a Bachelor of Science degree in Business Administration from West Virginia Wesleyan College and is a graduate of the Pittsburgh Institute of Mortuary Science.

Jack has been extremely active in the community, serving on the founding Board of Directors of the Fort Armstrong Folk Festival, as a member and past president of the Greater Kittanning Jaycees and as a long-time member of the Kittanning Rotary Club. He also served on the Armstrong County Memorial Hospital Board of Directors and is a member of the Kittanning/East Brady Masonic Lodge #244. A dedicated supporter of the YMCA, Jack served on the Armstrong County YMCA Board of Directors for 20 years and is currently a trustee. He also had the privilege of serving on the Selected Independent Funeral Homes Board of Directors and was elected president of the international organization in 1996. Jack continues his long association with that group of independently owned funeral homes along with memberships in the National Funeral Directors Association and Pennsylvania Funeral Directors Association. Jack and his wife, Sue, are both members and Elders of Grace Presbyterian Church in Kittanning. They enjoy sailing, golf, gardening and spending time with their growing family. 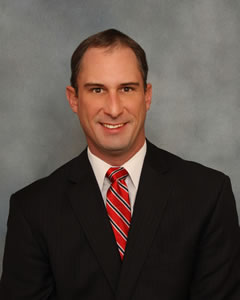 John is the son of Jack and Sue Bauer and is happy to be a part of the Bauer Funeral Home’s third generation of serving local families. He graduated from Kittanning High School and in 2003 earned an Associate’s degree in Funeral Service Education from Northampton County Area Community College. John is a member of Grace Presbyterian Church, the Happy Hunters Sportsmen’s Club of Fenelton, the Rattigan Sportsmen’s Club and the Buffalo Valley Sportsmen’s Club. He lives in Worthington with his wife, Erin, and children, Abigail, Zach and Jase. John and Erin run the County Line Tavern in Fenelton and in his free time he enjoys hunting and fishing with his children. 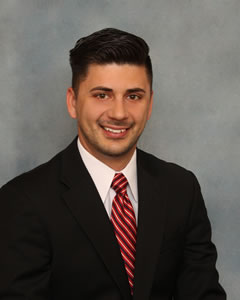 A native of the Kittanning area and a 2006 graduate of Kittanning High School, Josh joined the staff at Bauer Family Funeral Homes after working part-time in funeral service since the age of fifteen. Josh is a 2009 graduate of Point Park College, earning a Bachelor of Science degree in Funeral Service and Psychology. He completed his mortuary training at the Pittsburgh Institute of Mortuary Science and fulfilled his residency requirements as a funeral director intern with the Bauer Family Funeral Homes during 2009. He successfully passed both the state and national exams in June of 2010, enabling him to achieve his licensure in Pennsylvania as a funeral director.

Josh became a Deputy Coroner for Armstrong County in 2012 and is on the board of directors for the Family Counseling Center of Armstrong County. He formerly served on the board of directors for the Allegheny River Development Corporation and is currently an active member and treasurer for the Applewold and East Franklin Twp. Fire Departments. He also holds memberships with Selected Independent Funeral Directors, the National Funeral Directors Association, the Butler Funeral Directors Association and the Kittanning Elks. Because of his community involvement, he was chosen as one of the Leader Times’ 25 Emerging Leaders under 40 in 2015. In his leisure time, Josh enjoys activities with his family and friends, vacationing and attending theatrical productions. Although winter is his favorite season, Josh also enjoys outdoor gatherings and boating during the summer months. 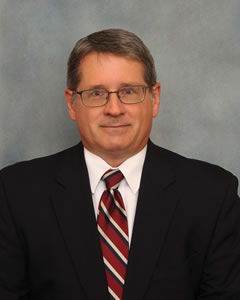 Mark is a native of Freeport and became a licensed funeral director in 1985. He has enjoyed the many relationships formed and experience gained throughout his career in staff and managerial positions in Williamsport, Jersey Shore, York and Zelienople. He also holds a life insurance license and had served as district manager for a funeral prearrangement marketing firm. Along the way, Mark has received specialized training with the Lions Eye Bank at Hershey Medical Center and the Cremation Association of North America. He was excited to join the staff of Bauer Funeral Home in April of 2012 and is pleased and honored to be part of an organization with such a long tradition of dedicated service to the community. Mark and his wife, Beth, reside in Freeport and have one daughter, Emily. 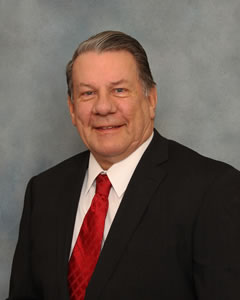 Larry worked for more than 17 years with the Richard D. Hillis Funeral Homes of Petrolia and, following the purchase of those funeral homes by the Bauer Funeral Home in 2010, brought his wealth of knowledge and experience with him to our team. Larry is a native of Rimersburg and graduated from Union High School. He later attended Anderson University in Anderson, IN and is a graduate of the Pittsburgh Institute of Mortuary Science.

Larry has many fond memories of growing up in Rimersburg and later coaching high school football at both Union High School and the former East Brady High School. You can still find Larry supporting the youths in the area as he attends many of the high school and youth football games each fall weekend. Spending time with his wife, Sherri, and his children, step-children and grandchildren bring him much joy. 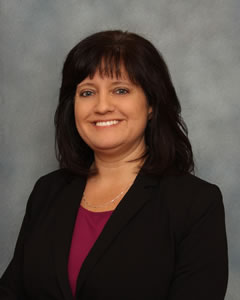 Tammy Carson joined the Bauer Funeral Home in May 2007 as office manager. She is a graduate of Freeport High School and then attended the Bradford School of Pittsburgh where she received a diploma in secretarial/medical terminology. After working in an office environment for 17 years, she decided to continue her education at Newport Business Institute, graduating in 2007 with an Associate in Specialized Business Degree with her major in Accounting. Tammy is also the treasurer of Cadogan Township where she resides with her husband, Doug. They have two sons, Brandon and Tyler, and enjoy vacationing with family and friends. 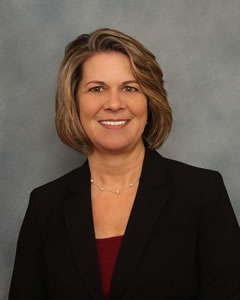 Tammy joined the staff of Bauer Family Funeral Homes in 2016 and serves as the community relations manager and monument sales specialist. She coordinates special projects offered by the funeral home, such as the Holiday Remembrance Program, the Armstrong County Senior Expo, Adopt-a-Highway in Dayton, and many other local functions. Tammy also heads up Bauer Steps Ahead, which provides fellowship and support for community members through group outings each month.

She is a lifelong resident of Kittanning and lives in Valley Township with her husband, Brad, and son, John Robert. In her free time, she enjoys spending time with family and friends, and boating along the Allegheny River in the summer months. Tammy was formerly self-employed at her family’s businesses and is excited about her position at Bauer Family Funeral Homes. She enjoys the freedom that comes with being able to create unique opportunities for the community and investing in those who have experienced loss in their lives. 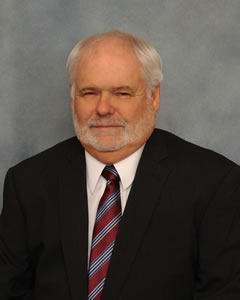 Ralph has been maintaining the grounds, buildings and vehicles for Bauer Family Funeral Homes since 1993. He also sets burial vaults for our families and assists the funeral directors during funeral services. Ralph can always be counted on to go the extra mile to make sure every detail is taken care of for the families we serve. When not at work, Ralph enjoys hunting and fishing with his son and friends.

Ralph is a resident of East Franklin Township where he lives with his wife.