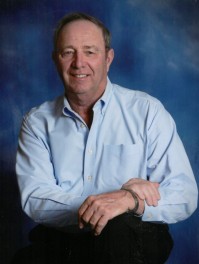 Tom Smith lived in the Elderton area all his life and graduated from Elderton High School in 1965. Just out of high school, he managed the family farm and busing company. Tom started working at a local surface coal mine as a heavy equipment operator. He started his own surface mining company in 1989 and two years later started a deep mine company with partner Jim Szalankiewicz. He was active running businesses until selling them in 2010. Although a dedicated businessman, farming and taking care of the land was his passion.

He was also involved in his community by working in politics for many years. Tom served on the Plumcreek Township Board of Supervisors, later becoming the President of the Board. He was a founder of a local grass roots conservative organization and supported many conservative movements and candidates at all levels. In 2012, Tom was the Pennsylvania Republican Candidate for the United State Senate seat.

Tom was a life-long member of Mt. Union Lutheran Church, belonged to the Pennsylvania Coal Association, and served on the Board of the Commonwealth Foundation. His children were very active in sports. He and his wife, Saundy spent countless hours following and supporting their teams at sporting events and games. Along with his wife, Tom built the Smith Complex, a local gymnasium, on his land in Shelocta, which is used by many in the community. Tom was an established businessman, a political activist, and a caretaker of the family farm, but his most valued focus and the drive of his life was his love and devotion to his family.

Additional visitation will be from 10 AM until the time of funeral services at 11 AM on Wednesday, October 21, 2015 at Mt. Union Lutheran Church, 1051 Girty Rd., Shelocta, with the Pastor Joyce Dix-Weiers officiating.