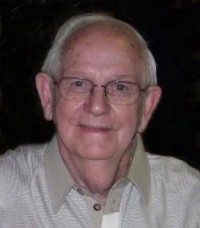 John was lifetime residence of Kittanning and was a member of the St. Luke's United Church of Christ and the Kittanning Hose Co. #6. He was the founder of Jordan's Paint and Glass which has been in business for over 50 years. You could find John alongside his son, Bill, at Jordan's Paint and Glass everyday conversing with customers and sharing his wisdom. He loved dogs and always had treats in the store for the customer's dogs. John enjoyed camping and going to the casino "casina". He could also be found most mornings at Dizzy Lizzie's enjoying his breakfast.

Additional visitation will be held from 10 AM until the time of funeral services at 11 AM on Friday, Jan. 13, 2023, at the funeral home with the Pastor Edward Walters officiating.