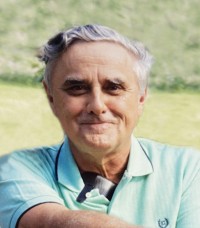 Jim was a 1965 graduate of Union High School and lived most of his life in Clarion County. He proudly served in the U.S. Army during the Vietnam conflict. He worked with his uncles James W. King and Wilbert "Pete" King as a mechanic and a truck driver with King Brother's Trucking before becoming self-employed.

In his younger years, Jim coached little league, youth football, and American Legion baseball. For 10 years, Jim could often be found operating the chains for Union football games. He was a member of the VFW of Rimersburg, the American Legion in Rimersburg and volunteered with the Butler VA Hospital. Jim enjoyed hunting and had a very good memory for dates and details.

His memory will be cherished by his loving wife, Donna M. (Geibel) King, whom he married on Aug. 8, 1970; his sons, Timothy B. King and wife, Tracy of Moon Twp. and Matthew T. King and wife, Linda of Cranberry Twp.; grandchild, Morgan Pyer; his brother, Francis "Pete" Wiseman and wife, Pam of Rimersburg; and numerous nieces and nephews.

He was preceded in death by his by his mother.

In lieu of flowers, the family request memorial contributions may be made in James' memory to Butler VA Voluntary Services, 353 N. Duffy Rd., Butler, PA 16001.