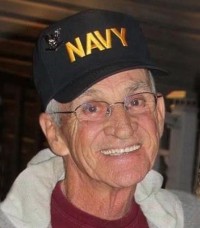 Wayne attended Vandergrift School and proudly served his country as a machinist assistant in the Navy. He worked for many years as crane operator for Wean United in Vandergrift, PA and later for National Roll in Avonmore. He was a "jack of all trades", and a carpenter, as well as a roofer.

He enjoyed being outside. He was an awesome archer, avid hunter and fisherman. He loved gardening and most of all his family.

In addition to his parents, he was preceded in death by three brothers, Bill, Lee, and Ron.

Friends and family will be received from 11 AM until the time of funeral services at 2 PM on Thursday, Aug. 5, 2021, at Clark Chapel of the Bauer Funeral Home, Inc., 238 S. Main St., Elderton, PA, with Pastor Brenda Sommerville Schall officiating. Military honors will be presented by the American Legion Honor Guard.

Interment will be in Elderton Cemetery, Elderton, PA.