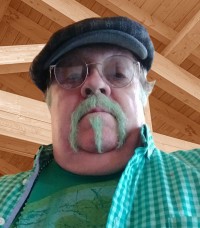 Mark was a 1968 graduate of Ford City High School then attended the University of Pittsburgh where he remained a lifelong Pitt fan. He had previously attended the Crossroads Community Presbyterian Church and for many years he worked as a steel worker for Allegheny Ludlum. His passions were golf, hunting, fishing, and drinking craft beer. He enjoyed boating on the Allegheny River and watching Pittsburgh Steeler games with his children. Mark had a very tight knit family and they loved spending time together. He will best be remembered for being a fun loving husband, father, and grandfather with a heart of gold who would do anything for his family.

Mark was preceded in death by his parents.

A funeral service will be privately held.