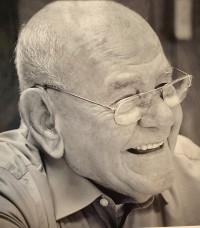 Bud graduated from Dayton High School in 1948 and proudly served in the U.S. Marines during the Korean conflict. He played many years with the Jefferson County Baseball League. Bud retired in 1992 as the head custodian at Dayton High School after 33 years of services with Armstrong School District. He was a lifetime member of the Dayton United Methodist Church where he previously served as a church trustee, on the church board and on the Pastor Parish Relations Committee. He was a member of the Dayton American Legion, a lifetime member of the Dayton District Volunteer Fire Company, the Armstrong County Fireman's Association and served as secretary of Emory Chapel Cemetery for many years. Bud enjoyed plowing snow, wood crafting and spending time with his family.

His memory will be cherished by his loving wife, Virginia "Ginger" (Fisher) Byerly, who he married on April 30, 1959; his son, William L. Byerly of Dayton; his daughter, Abby S. Byerly of Glenshaw, PA; grandchildren, Nicholas W. Byerly and wife, Alyssa and Erica D. Frederick and husband, Ben; and great-grandchildren, Liam Byerly, Kamryn Frederick, and Jensen Byerly.

He was preceded in death by his parents; a brother, James H. Byerly; and sisters, Dorothy Hoover, Betty Brumbaugh, and Kay J. Byerly, and a half-sister, Velma Anthony.

Additional visitation will be held from 10 AM until the time of funeral services at 11 AM on Friday, March 12, 2021, at Dayton United Methodist Church 105 East Church Street, Dayton, PA 16222, with Pastor Jason McQueen officiating. Military honors will be presented after the service by the American Legion Honor Guard.

Interment will be in the Emory Chapel Cemetery in Wayne Twp., PA.

In lieu of flowers, Memorial contributions may be made in Bud's honor to the Dayton United Methodist Church, PO Box 336, Dayton, PA 16222.