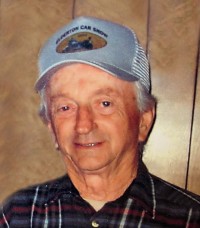 Kenneth was a lifelong resident of Armstrong County. He worked for over 30 years for McIntire Coal Company retiring in 2010 as a weighmaster. He volunteered for 35 years with Elderton Fire Department and was the founder of the Elderton Car Show for 20 years. He was very proud to have won 100 trophies with his prized 1968 Chevrolet Camaro. Kenneth loved going to classic car shows, car cruises and flea markets. He enjoyed farming, mowing the grass, watching the Pittsburgh Penguins and was an avid knife collector. His greatest joy came from spending time with his children and grandchildren.

Funeral services will be private.

Interment will be in Elderton, Cemetery, Elderton, Pa.

Memorial contributions may be made in Kenneth's honor to Elderton Fire Dept., P.O. Box 367, Elderton, PA 15736.