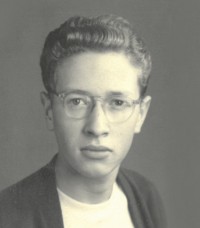 Jack was a lifelong resident of Armstrong County and proudly served in the U.S. Army during the Korean conflict. He attended Union Baptist Church and was a member of the Masonic Lodge #244 in Kittanning. He retired from Ford City A & P after 29 years as a secondman. Jack loved to fish and watch sports, especially baseball.

His memory will be cherished by his loving wife; Florence (Perks) Younkins, who he married on Aug. 27, 1958; one daughter, Karen Grafton of Kittanning; grandson, Jason (Tarah) Grafton of Butler; three great-grandchildren, Kayla, Anthony and Lena Grafton; and one sister, Jean Enterline of Dayton.

Jack was preceded in death by his parents; one brother, William Younkins; and one sister, Judy Wyant.

Family and friends will be received from 1 PM until the time of services at 2 PM on Thursday, July 2, 2020, at the Bauer Funeral Home and Cremation Services, 515 N. McKean St., Kittanning with Pastor Jonathan D. Hill officiating.