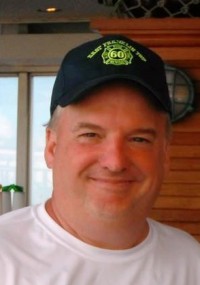 Mark was a lifetime resident of Applewold Borough. He was a 1981 graduate of Lenape Technical School. He was previously employed as a police officer in Gilpin Township. For 16 years, he worked in the Plant Protection Division of Allegheny Technologies, Inc.

Mark dedicated his life to community service. He was formerly a member of the Applewold, East Franklin Township, and West Kittanning Fire Departments where he held various positions and titles over the years. He served as the president of Applewold Borough Council for 16 years and was always quick to offer his assistance to community events and fundraisers.

Having an appreciation for the outdoors, Mark enjoyed going on walks, biking, boating, and kayaking. He had a vast interest in trains, weather, and adding to his collection of vintage fire memorabilia. Mark thoroughly enjoyed the company of his friends and frequently shared his sense of humor with them.

Mark will best be remembered for his strong work ethic and his willingness to help others.

He is survived by his sister, Kimberly S. Rush and husband, Barry, of Kittanning; numerous nieces and nephews, including Matthew Rush of Ford Cliff and Kayla McGregor and husband, Joe, of Butler; and a great niece, Emersyn McGregor.

He was preceded in death by his parents mentioned above.

Funeral services will be privately held.