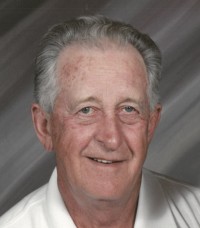 Gerald B. Howard, 85, of Elderton, PA., passed away on Tuesday, August 20, 2019 at Premier Armstrong Rehabilitation and Nursing Center in Kittanning.

Gerald was a 1951 graduate of Elderton High School. He retired in 1990 from C.N.G Transmission Corporation as a pipe line inspector. He spent all of his life in the Elderton area. He was a member of the Elderton Presbyterian Church where he served as an Elder, the Elderton Fire Company, and the Shelocta Sportsman Club. Gerald loved sports, especially the Pittsburgh Penguins, Pirates and Steelers. In his younger years, he played softball, baseball and basketball and later coached little league. He also enjoyed hunting, golfing, bowling and liked to throw darts. He could often be found at camp in Tionesta, "Mac's Old House" where he loved to mow, hunt and spend time with his family.

Additional visitation will be from 12:30 PM until the time of funeral services at 1:30 PM, on Sunday, August 25, 2019, at Elderton Presbyterian Church, 115 North Main Street, Elderton, PA, with Rev. Richard D. Sweeney officiating.

Memorial contributions can be made in Gerald's honor to Elderton Presbyterian Church, PO Box 159, Elderton, PA 15736.