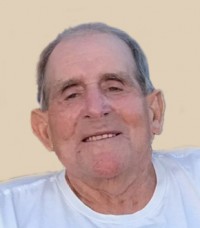 John resided in Shelocta area since 1969. He worked 32 years as a boilermaker for Local Union 154 until his retirement in 2000. He enjoyed hunting, going for car rides, boating and camping. He loved his Pepsi and coffee and truly adored his grandchildren. John could often be found in his power chair traveling around Elderton. He will be lovingly remembered as a quiet guy with a strong work ethic who could light up a room with his smile.

The family would like to extend a special thank you to VNA Hospice and the special caregivers over the years.

He was preceded in death by his parents, a son, John Edward Gaff, Jr, who passed away on May 3, 2017; and two brothers, Charles W. Gaff, Jr and Richard P. Gaff.

Additional visitation will be held at 10 a.m. until the time of funeral services at 11 a.m. on Saturday, August 17, 2019, at the funeral home with the Chaplin Lori Parks of VNA Hospice officiating.

Interment will be in the Elderton Cemetery, Elderton, PA.