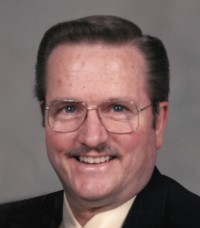 Dean Richard Focht, Jr., 76, of Kittanning, PA, went to be with his Lord on Monday, June 24, 2019, at Armstrong County Memorial Hospital, following a courageous 19-year battle with Parkinson's Disease.

Dean worked as a manager for Sears, supervising stores in Pennsylvania and Kentucky. He was an accomplished musician and played the trumpet and piano. Dean combined his love of God and music by performing gospel concerts at local churches and serving as the music director at Clearfield Tabernacle in Morehead, KY, where he lived from 1978 to 1988. After working as the manager at the Sears store in Kittanning, he became a purchasing agent for Oberg Manufacturing, where he stayed for 10 years until his retirement.

Dean was a first lieutenant in the National Guard and an active member of the Kittanning First Church of God. Hunting and fishing were two of his favorite hobbies but he was happiest when spending time with family. Dean will be best remembered as a devoted husband, proud father, and beloved "Tinker" to five wonderful grandchildren.

Additional visitation will be from 10 AM until the time of funeral services at 11 AM on Thursday, June 27, 2019, at the Kittanning First Church of God, 629 Woodward Ave., Kittanning, with the Rev. Melissa Daniel officiating.

Interment will be in Lawn Haven Burial Estates, Worthington, PA.

Contributions can be made in Dean's honor to the Parkinson Foundation of Western Pennsylvania, 575 Lincoln Ave. #101, Bellevue, PA 15202.