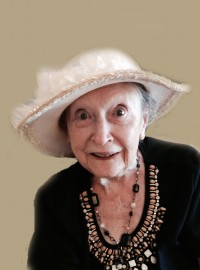 She was born March 2, 1927 in N. Buffalo Twp., PA, the daughter of Ralph and Eva Agnes (Simmers) McClanahan.

Jessie was a lifetime resident of the Kittanning area. Faith, family and friends were a large part of her life. She was a homemaker who loved caring for her family and enjoyed the time she spent with her grandchildren and great-grandchildren. She enjoyed gardening and was a wonderful cook and baker. She found pleasure in singing and playing her electric guitar. Jessie's family is thankful for the exceptional care that was provided by Fair Winds Manor as well as Three Rivers Hospice.

Family and friends will be received from 2PM until the time of funeral services at 5PM on Wednesday, February 6, 2019 at Bauer Funeral Home and Cremation Services, Inc., 515 N. McKean Street, Kittanning, with Rev. Mark Brady officiating.