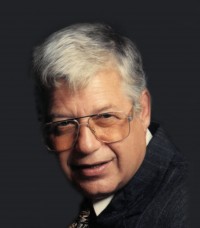 He was born on May 14, 1941 in Kittanning, to Howard and Genevieve Irene (Hetrick) Shotts.

Howard was a 1959 graduate of Kittanning High School and a lifelong resident of the Kittanning area. In his childhood years, he participated in the Sea Scouts which sparked his interest in military service. He enlisted in the Marine Corps and proudly served from 1959 through 1963. Howard worked as a coal miner for R&P Coal Company and was a member of the American Legion in Ford City. He enjoyed camping and had been a camp host for Cooks Forest for a number of years. He loved Halloween, dressing up and handing out candy to the children. Howard had many friends and will be lovingly remembered as being very social.

Howard was preceded in death by his parents; his daughter, Monica Lynn Smouse; and his brother, Ray Edgar "Bud" Shotts.

Additional visitation will be from 10 AM until the time of funeral services at 11 AM on Tuesday, Aug. 18, 2020 at the funeral home, with Rev. Edward A. Walters officiating.

Interment will be in Lawn Haven Burial Estates, Worthington, where military honors will be presented by the American Legion Honor Guard.