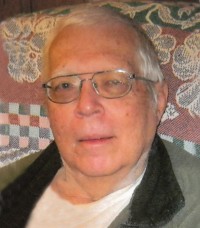 Richard Alan "Dick" Eckner, 72, of Ford City, PA, passed away on Saturday, August 20, 2022 as result of an automobile accident.

Dick was a 1968 graduate of Ford City High School. He received his Bachelor's Degree in Education from I.U.P. Much of his adult life, Dick lived in Calif. where he was very close with his cousin's family, Steve and Delores Ellenberger of Rural Valley and their children, Charlie and Emily. The friendship continued when Dick and the Ellenberger's moved back to PA.

Dick worked as a security guard for many years. He was an avid Pittsburgh Steelers and Penguins fan. He liked Jazz and Blues music, reading American History, and fishing with his brother, Ron. Dick also enjoyed spending time with his family and friends, especially his childhood friend, David Jackson of Ford City.

He was preceded in death by his parents; and his sister, Nancy Ann Eckner.

Family and friends will be received from 1 PM until the time of service at 2 PM on Friday, Sept. 2, 2022 at the Bauer Funeral Home and Cremation Services, Inc., 515 N. McKean Street, Kittanning, P with Rev. Colleen McFarland officiating.

Interment will be in Saxonburg Cemetery, Saxonburg, PA.