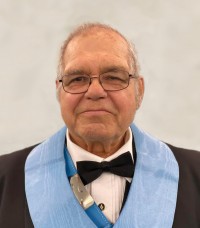 Donald B. Townsend, 78, born Feb. 23, 1944, a lifelong resident of South Bend, passed away on Tuesday, Aug. 2, 2022 in his home surrounded by his family and an outpouring of love. He was strong and brave in his fight with cancer. His favorite people called him Donnie, dad, brother, grandpa, 'pawpaw' and Uncle D.

He leaves behind his loving and caring wife, Sara Inez (Sheasley) and would have celebrated their 58th year of marriage on August 14. Together they had two children, Tina (Townsend) Kundla married to Scott Kundla and Melissa Townsend-Fisher married to Chris Fisher. Don was adored by his grandchildren; Christian Kundla married to Dana (Kirsch) Kundla, Courtney Kundla and significant other Brad Remaley, Mason Fisher, and Sara Grace Fisher. He was blessed to have two great grandchildren, Wyatt Robert and Aiden Michael Kundla.

He talked daily with his sister Barbara (Townsend) Goldstrom and enjoyed their time together. Donnie is now reunited in heaven with his identical twin Ronald S. Townsend, Sr., older brother Robert L Townsend and infant brother Douglas. His brothers enjoyed their coffee and projects together. He was also preceded in death by several brothers-in-law and sisters-in-law and nephews that he enjoyed close relationships with. He was the son of Robert S. and Janet (Smith) Townsend.

He loved spending time at his camp Uncle D's that he built next to his twin brother's camp Short Fingers in 1986 in Benezette and viewing the elk that would come in the yard. Through the years he made memories to last a lifetime with his grandchildren fishing and hunting. He enjoyed taking vacations and cruises with his wife to many locations including Hawaii, Alaska, New England and many beach islands.

His strong work ethic was evident in his career at National Roll Steel Foundry in Avonmore and as a co-owner of G P S Security, Inc. For several years he was a Pennsylvania State Constable and enjoyed his interactions with law enforcement and it was during this time his love for fair season began to dominate his summers. He was a proud member of the Dayton Fair Board and it was his favorite week of the year. In the winter, he was often found plowing snow for multiple neighbors all hours of the day and night. Donnie was a graduate of Elderton Class of 1962 and looked forward to the class breakfasts. He enjoyed being active, tending to his large garden, attending gun bashes, helping neighbors and friends.

Upon his cancer diagnosis, his goal was to receive his 50 year pin of brotherhood service for the Masonic Freemasonry Apollo Lodge 437 as a 32 degree Freemason. During his years of service he held multiple roles as an active member and proudly received his pin this spring. In addition, he received his 50 year pin of service for the Coudersport Scottish Rite and a Syria Temple Shriner, and Baker Trail Forest #180 lodge member. Don was an active member of the United Commercial Travelers in Indiana for over 50 years as well. Don was a Deacon at St Jacob's United Church of Christ in South Bend. He was a lifetime member of the NRA. He was also a member of Whitetails Unlimited, Red Barn Sportsman Club and was a lifelong blood donor to the American Red Cross. During his cancer fight this year, he was a beneficiary of many blood and platelet donations and would want all to consider donating to help others.

Additional visitation will be held from 10 AM until the time of funeral services at 11:00 AM on Saturday, Aug. 6, 2022 at Clark Chapel Funeral Home. A graveside service will follow at South Bend Cemetery. Services will be officiated by Pastor Doug Johnson.