Jim Ramage was truly a self-made man. Everything he accomplished in his life resulted from grit, determination, and a drive to make a better life for himself and his ..."/> 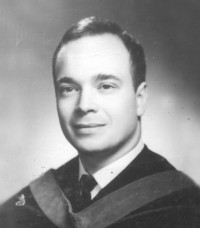 Jim Ramage was truly a self-made man. Everything he accomplished in his life resulted from grit, determination, and a drive to make a better life for himself and his family.

He was born in Pittsburgh and grew up in government housing created for war workers in essential industry. There he made lifelong friends and stayed connected with the "Shalercrest Gang" for the next eight decades of his life. His love of nature was born roaming the surrounding woods with his beloved dog, Spotty.

His family didn't have the means to send him off to college, but Jim was determined to get there, and he set out on a winding path that would eventually lead him to Penn State and a veterinary degree.

He graduated from North Catholic High School in 1954, and at the tender age of 17 joined the Air Force for four years. He graduated at the top of his weatherman training class and his first duty station was in Newfoundland. His next stop was Greenland, where he spent four months living beneath the ice working at a remote radar station that was part of a top-secret Cold War program. He was proud to have served as an official Air Force "Ice Worm". His final tour was in Sacramento where he started taking courses at American River Junior College.

While in California, he bought his first car and taught himself how to drive. He loved to be outdoors, and he sought solace in the woods, driving into the Sierras alone to camp and pan for gold. He continued taking courses at the junior college, with his eye on his ultimate goal of a college degree. After his Air Force service, he moved back to The Burgh and worked in a foundry until his acceptance at Penn State.

After graduating in 1963, Jim took full advantage of the GI Bill benefits and matriculated at the University of Pennsylvania to study veterinary medicine. To support himself, he worked three jobs at a time while attending classes, a feat his professors cautioned him was not possible. But Jim Ramage persevered and earned in degree in 1967.

After graduation, he did an internship at Berg Memorial ASPCA Hospital in New York City. After working for other veterinarians for a few years, he opened Valley Veterinary Hospital in Lower Burrell. He was a highly skilled and compassionate veterinarian for 38 years. He loved his profession, and only retired because of health issues.

After retiring, he became a Penn State Master Gardener in Armstrong County. His knowledge of horticulture and especially trees was encyclopedic. He loved oak trees and was fascinated by acorns and other wonders of nature. He shared what he had with others and his philanthropic contributions to the Penn State Arboretum, scholarships, and humane organizations were generous and appreciated.

Retirement also gave him more time to spend with his children and grandchildren. His children knew that it was education and hard work that led him on a path out of government housing, and they knew their father expected them to graduate from college and make a better life for their families.

He also had a wicked sense of humor and loved to make the people around him laugh. His daughter, Beth recalls some of his favorite catch-phrases:
"Life is good!"
"What's for lunch? Fish lips and pickle pie?"
"I love peanut butter, I love ice cream too, I love chocolate pretzels, but mostly I love YOU."

He loved telling stories about his children, and they loved hearing them. They remember him as stubborn, driven, and kind and describe him as their hero.

Jim and his wife, Lynn married in 1992 and settled near Ford City. They restored a beautiful old home together with spectacular gardens, which they welcomed area garden clubs and birders to visit.

As his health declined, his computer became his window on the world. He was a history buff and news junkie. He kept up with his friends, researched his ancestry, spent time on his favorite website Grammarly, and shopped (a lot!) on Amazon.

The week before he died was great fun for him and was probably the best week he's had in recent years. He saw both his kids and grandkids and had a belated 85th birthday party with old friends and family, including members of his beloved Shalercrest Gang. In fact, his friends are convinced that he planned and attended his own wake.

His memory will be cherished by his loving wife of 29 years, Lynn D. (Orcutt) Ramage, whom he married on June 20, 1992; his son, David James Ramage, and wife, Jamie of Honey Brook, PA; his daughter Beth Ann Schnitger and husband, Rick of Sugarland, TX; a step-daughter, Lynn, B. Rosskamp and husband, Wil Fitzpatrick of Seattle, WA; and three grandchildren, Reed Schnitger, Ann Elise Schnitger, and Catharine Ramage. His pound puppy, Shorty Sue, and kitties, Baby and The Dude will miss his loving touch.

Jim was preceded in death by his parents, Joseph Ramage and Evelyn (Hollahan) Ramage Foley; his brother, Daniel Ramage; and his sister, Carol Kolinsky.

Services will be private.