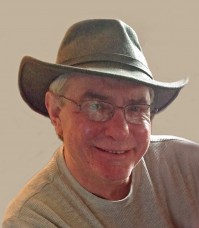 Allen R. Simmons, 67, of Ford City, PA, passed away on Wednesday, April 27, 2022 at Pleasant Ridge in West Leechburg, PA, having made it through his last "birthday weekend" as he would have called it.

He was born on April 24, 1955 in Kittanning, PA to John Kevin and Charlotte Ann (Stotler) Simmons.

Allen graduated from Ford City High School in 1973 and received his Associate's Degree from Triangle Tech. He was employed as a real estate specialist for Penn Dot for many years. Allen was a member of the Kittanning B.P.O.E. Elks #203, Polish Falcons of America #159, Ford City Eagles FOE #606, Latin American Club of Ford City, and Pattonville VFW #4843. In his younger years, he was active in the Lions Club, Jaycees, and the Fort Armstrong Folk Festival. He enjoyed golfing, bowling, pool league, spending time with Newly, his beloved Shepard mix, and taking his grandchildren to breakfast.

He was preceded in death by his parents.

Family and friends will be received from 10 AM until the time of the memorial service at 11 AM on Friday, June 3, 2022 at the Bauer Funeral Home and Cremation Services, Inc., 515 N. McKean Street, Kittanning, PA 16201.

Memorial contributions may be made in Allen's memory to Orphans of the Storm, PO Box 838, Kittanning, PA 16201.