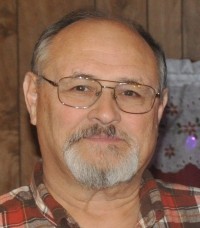 Bill was a 1972 graduate of Millvale/Shaler High School where he played on the football team. Following high school, Bill graduated from Penn Tech with an Associate's Degree in Specialized Electronics. He was employed by CSR in Pittsburgh where he played on the CSR Softball Team. Bill retired in 2019 after 18 years of service with Zoll/Lifecor in RIDC Park. He loved fishing, hunting, and was an avid trap shooter. He was a member and an officer of the Ford City Sportsmen's Association. In his younger days he had been a member of the Millvale Sportsmen's Club.

He is survived by his loving wife, Pauline Belak-Snook; his brother John E. "Jack" Snook and wife, Leora of Millvale; his niece, Shannon McCarty and husband, Ryan of Pittsburgh and his grandniece, Harper McCarty.

William was preceded in death by his parents.

Family and friends will be received from 11 a.m. until the time of the memorial service will be held at 12 p.m. on Thursday, Jan. 13, 2021 at the Bauer Funeral Home and Cremation Services, Inc., 515 N. McKean Street, Kittanning, PA with Rev. Nick Wilson.

In lieu of flowers, memorial contributions may be made in Bill's memory to American Cancer Society, 320 Bilmar Dr., Pittsburgh, PA 16205.