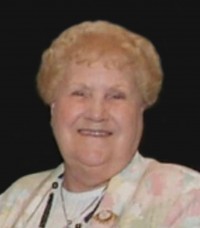 A 1949 graduate of Kittanning High School, Grace worked as a self-employed hair dresser for many years. She then worked as a bookkeeper at the Family Counseling Center until her retirement in 1990. She served as President and Vice-President of the Family Counseling Center Board for many years and attended the First United Methodist Church of Kittanning. Grace enjoyed traveling with her husband and children and going on cruises, but her true passion was spending time with her grandchildren and great-grandchildren.

Grace was preceded in death by her parents and loving husband, Dale Trudgen, whom she married March 2, 1950 and who died August 31, 2015, her sister, Martha Zambotti; and son-in-law David Welsh.

Additional visitation will be from 10 AM until the time of funeral services at 11 AM on Wednesday, Oct. 20, 2021 at the funeral home with her son, the Rev. Terry Trudgen, and Rev. Deborah Kociban co-officiating.