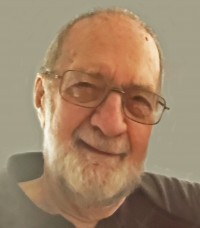 Tony graduated from Elderton High School in 1955. He was a lifelong resident of the area and honorably served in the US Army. He and his wife, Ruth, were the owners and operators of the restaurant and bar, Tony's Place, for eight years. He drove truck, worked for Adams Steel Erection and was a member of Operating Engineers local #66 union where he received his 40 year pin. After retirement he worked several delivery jobs to occupy his time. He will be lovingly remembered as a hard worker and a good provider.

Tony was a member of Whitesburg United Methodist Church. In his spare time, he enjoyed bowling, golfing, playing pool and participating in monthly poker games with his friends. Tony will be remembered as being a loving husband, caring father and fun pappy who took his grandchildren for tractor rides.

He was preceded in death by his parents and his sister, Hazel Haggerty.

Funeral services will be held privately.

Burial will be in Whitesburg United Methodist Cemetery, Kittanning, Pennsylvania.