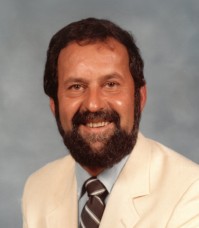 John was raised in Freeport and graduated from Freeport High School in 1954. He earned a Bachelor's degree from Washington and Jefferson College in 1958 and took a position with Proctor and Gamble. He also served in the US Army for nearly two years and then the Army Reserve Field Artillery. Eventually, John returned to Freeport to run the family business, J. H. Shoop and Sons, which had the distinction of being the oldest family-owned men's clothing store in the United States. He carried on the family tradition until his retirement on Christmas Eve of 2005, marking 175 years of continuous service for the store.

Serving his community was very important to John, and he belonged to the Freeport Kiwanis, United Way, and Salvation Army in Freeport. He was also a member of American Legion Post 325 in Cowansville and Freeport Presbyterian Church, a former board member of the Armstrong County Community Foundation and a member of the Freeport School Board for six years.

One of John's interests was driving stock car at Blanket Hill Speedway. He also enjoyed playing regular card games with friends over the years. Until his health deteriorated, John and Nancy enjoyed traveling, especially European river cruises. John loved spending time at his camp along the Allegheny River in Wattersonville where he found great pleasure in tending to his flower gardens and at his home at the ranch on the Yeomans farm.

He will be greatly missed by his loving wife, Nancy D. (Yeomans) Shoop of Cowansville, whom he married June 19, 2012; nephew, Michael Mall and wife, Robin, of Livermore, CA; nieces, Mary McCarthy and husband, Tom, of Camarillo, CA, and Eva Shafor and husband, Steve, of Ft. Lauderdale, FL; great-nieces and great-nephews, Jacob and Courtney Mall, Kyle and Erin McCarthy, and Caden and Lily Shafor; and the extended Yeomans family , who he loved dearly.

John was preceded in death by his parents; his brother, Thomas V. Shoop; and his sister, Ann Mall.

Additional visitation will be from 10 AM until the time of funeral services at 11 AM on Tuesday, July 6, 2021 at the funeral home, with Pastor Sue Foster officiating. Military honors will presented by the American Legion Honor Guard following the service.

Burial will be in Freeport Cemetery, Freeport, PA.

Contributions can be made in John's honor to the Richard G. Laube Cancer Center, One Nolte Drive, Kittanning, PA 16201.