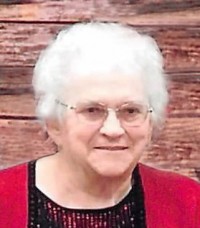 Joan I. (Schaeffer) Townsend, of South Bend Twp., PA, passed away Friday, Mar. 19, 2021 at her daughter's home in Shady Plain, where she has been living since Oct. 2020, surrounded by family and friends.

Joan was a resident of South Bend, PA, since 1960, when she married Robert L. Townsend on Aug. 5, 1960. She worked for 30 years for Penn Needle Art Co., retiring in 2003 when they closed. Prior to that, she worked at the former Reefer's restaurant in Shelocta as nightshift waitress. Joan enjoyed spending time with her family and watching the hummingbirds and other birds at her many feeders. She also enjoyed going to casinos and collecting Fenton Cat figurines.

Burial will be in South Bend Cemetery.