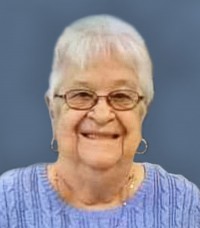 She was born on April 30, 1932 in Kittanning, Armstrong Co., PA to Calvin and Velma (Hartman) Baker.

Alice was a longtime former resident of the Elderton area before moving to Kittanning. She was a member of the Christ Lutheran Church of Gastown and the Elderton Senior Center. She was employed first with Big River Manufacturing Company and then until she retired in 1989 from MTW Sewing Factory, both were formerly of Kittanning, PA. Alice was a 1951 graduate of Kittanning High School. She enjoyed playing cards with family and friends and loved to crochet and play bingo.

She was preceded in death by her parents; a son, Jeffrey A. "Bo" Riggle; a daughter, Judith E. Rupp; a brother, Carl Baker; an infant brother; and her loving companion of 30 years, Leroy Stear, who died May 31, 2005.

At Alice's request, services will be private.