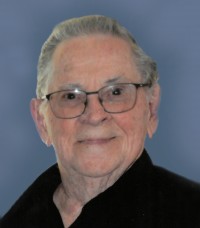 Fred Lawrence Myers, age 88, went to be with the Lord on October 26, at 12 p.m. surrounded by his loving family at home.

He was born January 1st, 1932 in Clarion County to Donald Myers and Dorothy Platt Myers.

He married Charylene Stewart on June 9th, 1954. He is lovingly remembered by a large family. He has three daughters with spouses, Sabrina (Tom) Mansfield of Greensburg, Leslie (Don) Lawrence of Sligo, and Linda (Eric) Black of Strattenville. There are six grandchildren, Bryan (Daphne) Vogle, Adam (Samantha) Vogle, Frederick Lawrence all of Sligo, Samantha (Jason) Howard of Knox, Roxanne (Cody) McCullough of Clarion, and Evan (Liz) Black of Gaithersburg, MD. He enjoyed joking and giving quarters to his eight great-grandchildren, Kristian, Karter, Kennedy, Tiana, and Anika Vogle of Sligo, Logan and Nicholas Howard of Knox, and Kynleigh Best of Clarion. He is survived by two sisters and a brother-in-law, Nellie Ruth Arner and Jennie Lou Ditty of Rimersburg and Larry (Grace) Stewart of Delaware.

He was known to be very active in his community. After graduating from Clarion High School, he served four years during the Korea Conflict in the US Air Force. He served as constable (Chief of Police) of Sligo Boro. He also was a supervisor at C&K Coal. He was a member of Sligo United Methodist Church, Sligo VFD, Sligo Lion's Club, Shriners, and Freemasons. He enjoyed driving Zem Zem trikes during numerous parades in the 80's. He helped make the old signs that greeted visitors to Sligo until recently.

Per his request, there will be no public visitation or funeral. A memorial will be done with his family at their convenience. In lieu of flowers, the family is asking people to send donations to the Sligo United Methodist Church, 506 Penn St. Pa 16255, in his memory.