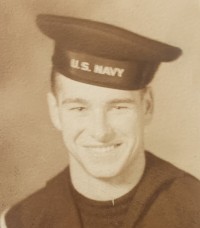 Don was a lifetime resident of the area and honorably served in the US Navy during World War II. During the war he served with the USSN 58th Division. He served aboard the U.S.S. Edwin A. Howard, DE-346. He served in the Pacific, Asiatic and European Theatres. He earned six awards and service medals during the war serving as a Seaman First Class. He participated in the European-African-Middle Eastern, Philippine liberation, and the American campaign. Don was a witness to the signing of the surrender of Japan.

Don was a mechanic and operator for 44 years with the Operating Engineers, Local No. 66, retiring in 1990. He was a member of Elderton Presbyterian Church and in his free time enjoyed hunting, fishing, working on old tractors, and attending steam shows. He loved spending time with his family and especially cherished the time he had with his grandchildren and great-grandchildren.

He was preceded in death by his mother; grandson, Benjamin Rearick, who died March 1, 2014; an infant great-grandson, Gavin Shaffer; and half-sister, Ruth Templeton, who died in 1980.

Additional visitation will be from 10 AM until the time of funeral services at 11 AM on Saturday, Oct. 17, 2020 at the Clark Chapel Funeral Home, Elderton, PA, with Rev. Dr. Angel De La Cruz officiating.

Burial will be in Elderton Cemetery, Elderton where military honors will be presented by American Legion Honor Guard.

Contributions may be made in Donald's honor to Butterfly Hill Preschool, 113 N. Main St., Elderton, PA 15736.