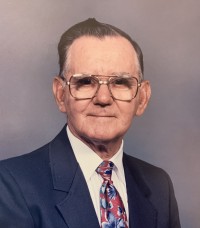 Carl A. Douglas, 99, of Shelocta went home to be with his Lord and Savior on August 30, 2020 surrounded by his loving daughters.

The son of the late Roy and Hulda Leasure Douglas, he was born August 13, 1921 in Cherryhill Township, Indiana, County.

Mr. Douglas was a member of Curry Run Church and also attended Ernest Bible Church. He was employed as a heavy equipment operator for Kent Coal Company until his retirement in 1987, and also previously worked for Frank Mashuda Construction Company as a foreman. He was a member of United Mine Workers of America, the Ohio Wagon Train Association, and the Appalachian Wagon Train Association. He was an avid archery hunter.

At Mr. Douglas's request a private family funeral will be held.

Interment will be in the Ridge View Cemetery in Young Twp., Indiana County.