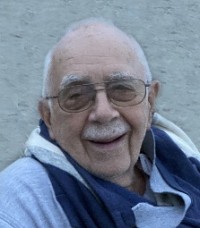 Herman graduated from Rimersburg High School in 1950. He was awarded a Bachelors and Masters degrees in Education from the Pennsylvania State University. He achieved his second Masters Degree in Russian language from the University of Pittsburgh.

Herman served his country in the US Army, reaching the rank of Captain in the Army Reserves, serving in the Signal Corp at the Pentagon. After his military service, Herman taught at Butler Senior High School for his entire career. Though renowned for teaching 12th grade economics, his influence spanned over 3 decades in Butler schools, including being a teacher of marriage and Russian language classes.

Herman enjoyed pursuits in small business. He and his wife, Carole, ran the "Cribs 'N Things" baby goods stores in Butler and Clarion. Approaching retirement, Herman started planting Christmas Trees and supplied Horner Trees to the community for the next 20 years.

A hunter and a fisherman, Herman loved the outdoors. He dabbled in farming and raising livestock (especially his 16 chickens!!). He loved to go camping in his RV and spend time with his family.

He is survived by his loving wife, Carole (Buttyan) Horner whom he married on December 26, 1964; his daughter, Julie L. Huffmyer and her husband, Andy Huffmyer of Crozet, VA; his son William R. "Bill" Horner of Monroeville, PA; five grandchildren, Jenna Huffmyer, Andrew Huffmyer, William Huffmyer, Noah Horner and Liam Horner; one sister, Nancy Vivian McCall of Sligo; two brothers, Dennis Horner and wife, Vonnie of Rimersburg and Richard B. Horner and wife, Ellen of Rimersburg; and many nieces and nephews.

Herman was preceded in death by his parents and an infant brother.

Additional visitation will be from 10 a.m. until the time of funeral services at 11 a.m. on Tuesday, September 1, 2020 at the Bauer-Hillis Funeral Home, with Pastor Timothy Dietrich officiating.