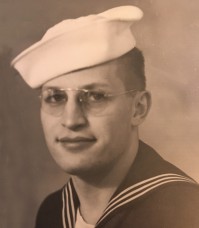 Pryor Orman Berry, Jr. 93, of Chicora, went to be with his Lord on Sunday, Aug. 9, 2020 in the company of his family while under the care of Butler VNA Hospice.

Pryor was a lifetime resident of the area and honorably served his country as a SeeBee in the US Navy during WWII. He volunteered for service during his junior year of high school in 1945, and after returning home he graduated from Karns City High School in 1947. He remained in the reserves until being called back into service as a Machinist Mate 3rd Class during the Korean War. Pryor worked in numerous departments at WITCO, now Sonneborn, for 42-and-a-half years until his retirement as a waste water treatment operator in 1989. He was also an independent oil producer for many years. He was a member of St. John's Reformed Church in Chicora, and belonged to the Connoquenessing Lodge as well as the I.O.O.F. Butler Lodge #270. In the 1970s, Pryor ran a small television repair business.Tinkering with his refurbished truck was one of his favorite hobbies. Those who knew him will remember his ability to fix almost anything.

Pryor was preceded in death by his parents; his loving wife of 58 years, Dorothy Louise "Dotty" (Haas) Berry, who he married on June 26, 1954 and who passed away on Jan. 18, 2013; son, David Berry; one grandchild; brother, Wayne Berry; and sister, Doris Lerch.

Graveside services will be held at 11 a.m. on Saturday, Aug. 15, 2020 at Bear Creek Cemetery with Rev. John Pistorius officiating.

Burial will be at Bear Creek Cemetery, Petrolia, PA.

Memorial contributions may be made in Pryor's honor to a Veterans' Organization of your choice.