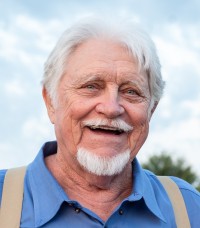 R. Jack Rearick, 86, went to be with his Lord and Savior, Jesus Christ, at his home surrounded by his family in the early morning on Thursday, July 2, 2020. Jack was born on his family's farm on May 21, 1934 to Kathryn E. (Trefts) and Wilbert E. Rearick, where he built a home and resided his entire life up until his passing.

He is a graduate of Elderton High School, class of 1952 and honorably served in the United States Army for two years. Jack married Kathryn S. Grant on July 5, 1957 at St. Jacob's United Church of Christ in South Bend, PA. Together they had two sons, David H. and Mark A. Rearick.

He greatly enjoyed hunting on the farm, golfing, cooking Sunday dinners for his family and most of all being "Papa Jack" to those who loved him most.

Jack spent over 30 years as South Bend Township supervisor, and was responsible for naming the roads in the township. He was employed by the Pennsylvania Department of Transportation for 14 years as a construction supervisor. He spent the majority of his career as a premiere residential and commercial contractor, owning and operating Rearick Construction Company for over 45 years, and enjoyed passing on that trade to his sons, David and Mark.

He is preceded in death by his parents, Kathryn E. (Trefts) and Wilbert E. Rearick and two brothers, Wilbert T. and Robert V. Rearick.