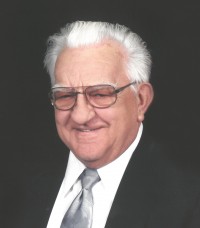 Richard honorably served his country in the United States Army in the Korean War and then for 47 years he worked for Operating Engineers Local #66. He was a member of the Grace Presbyterian Church in Kittanning. Richard was very active in the community, holding memberships at the Seneca Lodge #805, Coudersport Consistory 32nd Degree, Jaffa Shrine, ROJ Ct. 70, The Q, Lil Vet Unit and the Legion of Honor. He was also a life-long member of the BPOE #203, American Legion and was a former member of the Kittanning Twp. Fire Company. Richard enjoyed being outdoors and his favorite pastimes were hunting and fishing. Family was paramount in his life, and he loved traveling with his wife, Mary, and go-cart racing with his children.

Friends will be received from 6-8 PM on Monday, June 8, 2020 at the Bauer Funeral Home and Cremation Services, Inc., 515 N. McKean Street, Kittanning, PA.

Additional visitation will be from 11 AM until the time of funeral services at 1 PM on Tuesday, June 9, 2020, at the funeral home, with Rev. Dana Wilmot officiating.

Burial will be in Lawn Haven Burial Estates, Worthington, Pennsylvania.

Memorial contributions may be made in Richard's honor to Shriners Hospitals for Children, Office of Development, 2900 Rocky Point Drive, Tampa, FL 33607.