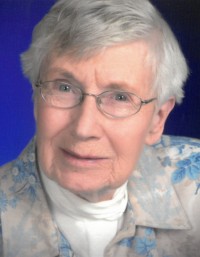 Eleanor was a 1945 graduate of Kittanning High School and was a member of the Grace Presbyterian Church where she served as assistant treasurer and treasurer. Along with her husband, Jack, she operated the former Blaney's Market in Kittanning from 1949 through 1965. Eleanor co-owned the Kittanning Dairy Queen from 1965 through 1975. Her memberships included the Order of the Eastern Starr #277, the Kittanning Garden Club, the Kittanning Country Club, and the Women's Golf Association. She enjoyed playing golf, gardening, doing needlepoint and cross stitch.

She is preceded in death by her parents; her husband, John W. "Jack" Blaney whom she married March 31, 1949 and who died Dec. 20, 1982; sister, Janet Wilson; mother, Laura Anderson Wilson; a grandchild, Guy Blaney; great-grandchildren, Shane William and Kane Anthony; and a very dear friend, Richard Falchetti.

Funeral services will be held privately followed by a burial in the Kittanning Cemetery. A memorial service will be held at Grace Presbyterian Church at a later date.