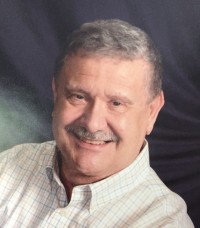 Michael E. Davis, 73, of Holly Springs, NC, formerly of Kittanning, PA, passed away on Saturday, March 7, 2020 from an extended battle with cancer.

Michael was a 1964 graduate of Altoona High School and attended Penn State University before moving to Kittanning in 1973. He worked as a foreman for the PA Department of Transportation from August of 1974 until his retirement in August of 2002. Michael was an active member of Walkchalk Salem Baptist Church and a former member of the Kittanning Firemans Band. He also belonged to the Armstrong Community Theater. Michael loved outdoor activities-especially fishing.

Michael will be sadly missed by his loving wife of 48 years, Carol L. (McGregor) Davis, whom he married on July 31, 1971; daughter, Stephanie M. Sullivan and husband, Christopher, of Holly Springs, NC; grandchildren, Charlotte, Amelia and Davis Sullivan; and nieces and nephews.

He was preceded in death by his parents; sisters, Marion A. Huber and Sallie A. Oswald; and nephew, Dennie Huber.

Additional visitation will be from 10 AM until the time of funeral services at 11 on Friday, March 13, 2020, at the funeral home, with Rev Edward A. Walters, officiating.

Contributions can be made in Michael's honor to Orphans of the Storm, PO Box 838, Kittanning, PA 16201