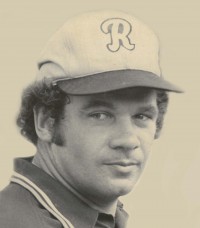 Harry was a 1960 graduate of Kittanning High School where he was a member of the 1960 Section I Championship Basketball team and the quarterback on the football team. He was voted most athletic by his classmates. Harry was the starting quarterback for the East in the A.I.C. East vs. West All-Star game. He was also a member of the Kittanning's All-Century Team 1st team punter and Coach of the Century at Kittanning High School with a record of 121-77-5. Harry received a football scholarship to Western New Mexico University, Silver City, NM where he was a four year letterman at quarterback, punter and kicker. In his senior year he was also president of the "W" Club and Intramural Director. Harry started his 37 year teaching and coaching career at Casa Grande Union High School, Casa Grande, AZ. He became the Head Football Coach at Kittanning High School in 1974 and retired from teaching and coaching in 2002. He also coached in East Brady High School and was head coach in Ford City High School and Armstrong Central.

Harry was voted coach of the year five times by the Valley News Dispatch and the Leader Times Newspapers. He was also awarded the 1990 Quad A South coach of the year. He was inducted into the Pennsylvania Football Coaches Association Hall of Fame in Hershey, PA on July 20, 2001 and Armstrong County Sports Hall of Fame. Harry was also a member of the PA Coaches Assoc. and 150 Win Club with his overall record as head coach 150-111-9. His teams at Kittanning, Ford City and Armstrong Central appeared in the WPIAL Playoffs eight times. He was featured in a Sports Illustrated article, October 31, 2005, The Man who Influenced Me by Gus Frerotte.

Harry enjoyed spending time with his family, all his ex-players and assistant coaches. Harry and his wife, Andrea share many fond memories of traveling to their home in Arizona over the past 15 winters in Casa Grande, AZ where he started his teaching career.

He was preceded in death by his parents.

At Harry's request, services will be held privately.

Memorial contributions may be made in Harry's honor to Orphans of the Storm PO Box 868, Kittanning, PA 16201.