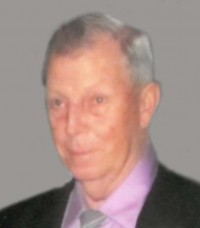 William spent the majority of his life in Armstrong County where he worked on his homestead farm. He was also a heavy equipment operator with several different coal companies.

In his younger years, William ran late model stock cars. He enjoyed watching Nascar, hunting, fishing, and cutting and splitting firewood. He will be lovingly remembered for his strong work ethic that he passed on to his children.

He was preceded in death by his parents; his loving wife of 54 years, Betty Louise (Anthony) Reesman; brother, John N. Reesman; infant brothers, George, Wayne and Jim Reesman; a half-brother, Laverne Reesman and an infant sister.

Additional visitation will be held from 10 AM until the time of funeral services at 11 AM on Friday, Dec. 27, 2019 at the funeral home with Rev. Sheila Wadding officiating.