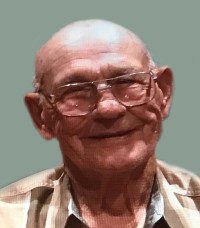 He was born March 21, 1943 in Mountain View, AR, the son of Thomas Elihue Vickers and Clara Mae (Wade) Vickers.

Bennie grew up in Marianna, AR and has lived in the Kittanning area since he was 16. He previously attended Whitesburg United Methodist Church. He worked as a truck driver for 51 years and held the position of trucking supervisor for Multi-Productions Systems. After his retirement, he then worked for Gregory A. Perry Trucking. Bennie loved animals, especially his cats, dogs and the deer, which he enjoyed feeding. His favorite past time was picking on his grandchildren. He will be lovingly remembered as a hard worker who loved his family and a willingness to help anyone in need.

Friends will be received from 3 p.m. until the time of the Funeral Service honoring Bennie's life at 7 p.m. on Friday, Dec. 6, 2019, at the Clark Chapel of Bauer Funeral Home, Inc, 238 S. Main St., Elderton, Pa. with Rev. Tim Lewis officiating.

Memorial contributions may be in made in Bennie's name to Orphans of the Storm, PO Box 868, Kittanning, PA 16201.