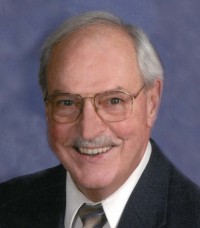 Jerry was a lifetime resident of Kittanning and served in the US Army Reserves for six years. He worked for West Penn Power as an engineering technician for 40 years and three weeks and was very active in the community. Jerry belonged to the LOM - Moose Lodge #137, Elks Lodge #203, Y-Men's Club and Kittanning Men's Club. He also was a proud member of the Kittanning Firemen's Band and marched 18 years in the color guard.

Jerry was a member of St. John's Lutheran Church and throughout his life served on a number of church committees and church boards; he also enjoyed attending church activities with his wife, Carole. Jerry placed great importance in volunteering his time to help others, a cause that was evidenced by all he did in the community. For 32 years Jerry served as the Little League Vice President, and during that time was in charge of the construction of the Belmont and Judd Fields. He was also a charter member of Fort Armstrong Folk Festival, serving as an officer for 35 years. Jerry will be best remembered for his friendly personality and sociability, and for volunteering his time to many different organizations.

He will be greatly missed by his loving wife of 60 years, Carole L. (Lindeman) Cable, whom he married August 1, 1959; foster son, Gary Metzler and wife, Cynthia, of Lake City, SC; sisters, Shirley Campbell and husband, Harry, of Ford City, and Carolyn Fabry, of South Bend; and numerous nieces and nephews.

Jerry was preceded in death by his parents; brother, Kenneth E. Cable; and brother-in-law, John Fabry.

Additional visitation will be from 10 AM until the time of funeral services at 11 AM on Tuesday, Nov. 20, 2019, at St. John's Lutheran Church, 218 N. Jefferson St., Kittanning, PA, with the Rev. Carl A. Johnson officiating.

Burial will be in Kittanning Cemetery, Kittanning, Pennsylvania.