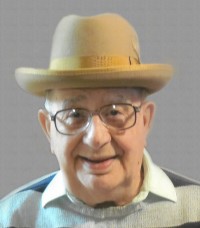 John lived in Bradys Bend for the first part of his life and moved to Rimersburg after marrying Irene F. Anthony on September 28, 1963 at St. Patrick's Roman Catholic Church. He was a hard worker, beginning his employment at age 13 by working for a farmer and getting paid in butter and milk. When he was 15 years old, John worked at a brickyard as a night sorter and on Saturdays he worked as a tosser. Later, he was employed at Brookland Hospital Equipment in Johnstown, where he received $.50 per hour. John then began working for Rex Hide in East Brady where he spent 18 years as a laborer and 15 years as a supervisor. He stayed at Rex Hide until the plant closed in 1977. John was also part-owner of Cutty and Dick's Bar.

He honorably served in the US Army during the Korean War and belonged to St. Richard's Roman Catholic Church. Outside of work, John stayed busy with the many organizations he belonged to. He was a member of the Sons of Italy of Bradys Bend and a life member of the Chicora Moose and Rimersburg VFW Post #7132. John was an accomplished wood craftsman and in his younger years loved to dance. He also enjoyed working in his vegetable garden.

Relatives and friends will be received from 2-4 and 6-8 PM on Wednesday, November 13, 2019 at the Bauer-Hillis Funeral Home and Cremation Services, 758 Main Street, Rimersburg.

The Funeral Mass will take place at 11 AM on Thursday, November 14, 2019, at St. Richard's Roman Catholic Church, Purity Ave., Rimersburg, PA, with the Rev. William Kuba as celebrant. Following the service, military honors will be presented by American Legion Post #454 and VFW Post #7132.

Burial will be in St. Eusebius Cemetery, East Brady, PA.