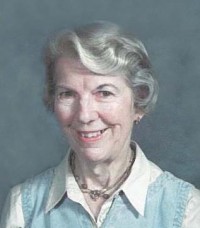 Jane I. Picard, 98, of Kittanning, PA passed away on Wednesday, October 16, 2019, at Kittanning Care Center in Armstrong County.

Jane was born on June 11, 1921 in Cadogan, PA to Samuel McKnight and Sarah Eleanor (Raybuck) Smith.

Jane graduated from Brookville High School in 1938, the Kittanning Business School and the U.S. Naval School in Cedar Rapids, Iowa. She was a Navy Wave and served as a Yeoman First Class during WWII. She also was a former Girl Scout Leader. She was a resident of Kittanning most of her life. She was first employed for five years as a secretary Kittanning branch of Indiana University of Pennsylvania. Then from 1956 until her retirement in 1986 she was employed also as a secretary at the Administration building of the Armstrong School District. Jane was a member of St. Paul's Episcopal Church of Kittanning, Pa. She was active in her church and she sang in the church choir, taught Sunday school for many years, was Parish secretary in 1956, a member of the Order of St. Luke and for 50 years she was a member of the Alter Guild.

Her memory will be cherished by her son, Albert E. Picard Jr. and wife, Judith of Manorville; her daughter, Janet Louise Prusasky and husband, Stephen of Home, Pa.; grandchildren, Jeff Prusasky and wife, Tina of Home, Pa and Becky Prusasky of Indiana, Pa.; and sister-in-laws, Marge Smith of Brockway and Genevieve Smith of Minnesota.

She was preceded in death by her parents, her husband, Dr. Albert E. Picard Sr. who passed away on Oct. 14, 1998; brothers, Edward, Harry and Dale Smith and sister-in-law, Adeline Smith.

Relatives and friends may visit from 11 AM until the time of services at 1 PM on Saturday, October 19, 2019 at the Bauer Funeral Home, 515 North McKean Street, Kittanning, PA with Pastor Jonathan Rosnick officiating.