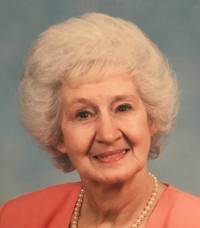 Alice graduated from Indiana High School and attended both the American Institute of Banking and Bucknell University. She was a long-time former resident of Elderton and belonged to the Elderton Presbyterian Church. She retired in 1994 as a bank manager, assistant cashier and compliance officer of Peoples Bank One of Elderton, and was previously, from 1948 until 1988, employed at Elderton State Bank. After her retirement, she moved to Boulder City, NV where she and her husband were property managers for M & M Mobile Home Park until returning to Pennsylvania.

She was preceded in death by her parents; loving husband, Ray Leland Elgin, whom she married April 14, 1949 and who died July 5, 2007; and brother, Richard Clair Miller.

Additional visitation will be held at 10 AM until the time of service at 11 AM on Tuesday, Oct. 1, 2019, at the funeral home with the Rev. Alfred Kimmel officiating.

Burial will be in Elderton Cemetery, Elderton, PA.