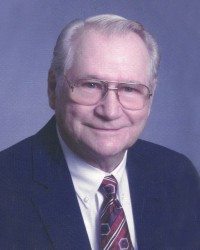 He was born Dec. 3, 1924 in Surgarcreek Twp., Armstrong County, to John Frank Shriver and June (Davis) Shriver, and was the third of three sons.

Norman served in the U.S. Army in the South Pacific as part of a tank destroyer battalion out of Ford Hood, Texas, during World War II, from 1943 to 1945.

Mr. Shriver was the owner and operator of the Shriver Bus Company, with various other businesses in Kittanning, Leechburg, and in Florida. He was a former long-time member of the West Kittanning Grace Brethren Church from its earliest years, serving in various offices of the church. During the later years, he attended Walkchalk Salem Baptist Church. Other memberships include the Seneca Masonic Lodge #805 and the Shriners.

He counted his family and many friends to be among his greatest blessings, and he loved spending time with all of them. He also enjoyed traveling and following Pittsburgh sporting events like the Steelers and Penguins. He will best be remembered for being a wonderful husband, father, and grandfather.

He was preceded in death by his parents; and two brothers, John Frank Shriver, and Robert W. Shriver.

A private family service was held in his memory, followed by entombment in Lawn Haven Burial Estates, Worthington, PA.