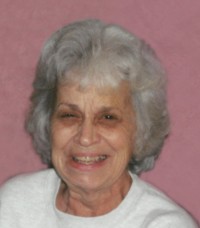 Betty graduated from Freeport High School in 1955 and lived in North Buffalo Twp. for most of her life. She was a member of St. Mary, Our Lady of Guadalupe Church and most recently worshipped at Cornerstone Assembly of God in Kittanning. She worked as a payroll clerk at Eljer Manufacturing in Ford City for 15 years until her retirement in 2000. Reading, working on puzzles and embroidering were some of her favorite hobbies, along with playing with her grand dog Dex. She also enjoyed researching her family's history, listening to gospel music, watching her favorite TV show, "CSI." Betty took great pleasure in collecting donations for the veterans at Mechling-Shakley Veterans Center.

Additional visitation will be from 10:00 AM until time of services at 11 AM on Monday, April 29 2019, at Bauer Funeral Home, 515 North McKean Street, Kittanning, PA, with the Rev. Michael A. Bobbit officiating.